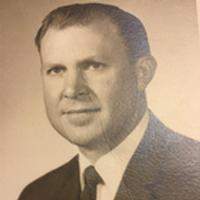 He was; Retired Property Valuation Administrator for the Graves County PVA office for 26 years. , A member of the First Baptist Church in Mayfield KY, WWII Army Veteran, Member of the Mayfield Masonic Lodge #369, Past Grand Patron Order of the Eastern Star of Ky. 1964-1965, Member of The American Legion Post #26, and past President of The Mayfield Lions Club. Past Ambassador for Rizpah Shrine Temple, Kentucky Colonel and named Democrat of the Year for Graves County.

He was preceded in death by his parents Fred L. Cates and Fannie Williams Cope, and one step sister Dorothy Lyles.