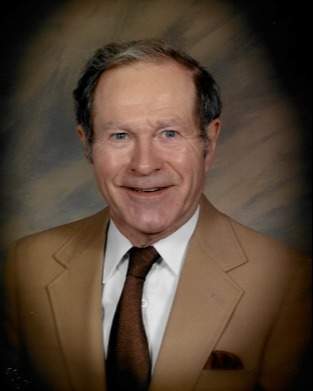 Vernon was born in Council Hill, Illinois, on August 15, 1934 to the late Arthur Austin and Goldie Koester Wills.  After graduating from Scales Mound High School he entered University of Wisconsin-Stout completing his baccalaureate degree in 1956 and immediately enlisted in the United States Navy for his two-year obligation, the last year of service aboard the aircraft carrier USS Intrepid now berthed as a Museum centerpiece in New York City harbor. After completion of his master's degree at Pittsburg State University in Kansas 1959 he entered the Doctoral Program at the University of Missouri at Columbia and finished his degree in 1964.

Dr. Wills became a University Professor on the graduate faculty at Northern Illinois University at Dekalb while also participating in the United States Army Reserve completing his twenty-year military career duties while attached to Fort Bragg, North Carolina. His last assignment was mobilization designee Inspector General at Headquarters, 18th Airborne Corps and Ft. Bragg. He was a graduate of the prestigious U.S. Army War College, Carlisle Barracks, Pennsylvania, in 1987.  Upon completion of his military career in 1989 he was awarded The Meritorious Service Medal for selfless dedication and great personal commitment for significant contributions to the effectiveness of the United States Army. He was a member of St. Paul Lutheran Church in Paducah, Kentucky.

He is survived by his wife of forty-nine years, Juliet Adams Wills, of Paducah; one step-son Ray Chumbler III and wife Kelly; and two step-grandchildren, Ray Chumbler, IV and Johnathan Chumbler all of Benton, Kentucky.

He was preceded in death by his parents; one sister, Gloria Rose Wills; and three brothers Henry "Hank" Wills, Gordon Wills, and Wilber "Billy" Wills.

A graveside service with full military honors will be held at 12:30 p.m. on Tuesday, May 3, 2022 at Woodlawn Memorial Gardens in Paducah with Pastor David Appold officiating.

In lieu of flowers please consider an expression of sympathy with a contribution to St. Paul Lutheran Church, 211 S 21st St, Paducah, KY 42003.

You may send a message, light a candle or share a “Hug from Home” at www.milnerandorr.com