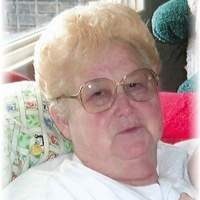 Mrs. Shirley Louise Taylor Buckingham, age 82, of Mayfield passed away on Sunday, October 1, 2017 at her residence.

She was a member of New Home Baptist Church and a retired employee of Wal-Mart.

She was preceded in death by her husband, James Buckingham, Sr.; one sister, Carroll Bowden; and her parents, Carl and Ernestine Taylor.