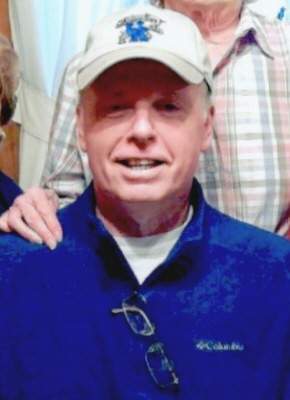 Ronnie Nall, age 62, a native of Livingston County, KY and formerly from Paducah, KY passed away Tuesday, September 20, 2022 at his home.

Ronnie was a member of the Lone Oak First Baptist Church.  He was a graduate of Livingston County High School and received his Associate Nursing degree from West Kentucky Technical Community College.  Ronnie first worked in the CCU unit at Lourdes Hospital then later in the Surgi Care at Lourdes Medical Pavilion for many years.  Ronnie was both a University of Kentucky and University of Louisville basketball fan, which meant a tough day with they played each other.  Ronnie was an avid St. Louis Cardinal fan and also loved the Los Angeles Lakers NBA team.

Services will be held at 2:00 p.m. Saturday, September 24, 2022 at the Lone Oak Chapel Milner & Orr Funeral home with Rev. Jim Wring officiating.  Burial will follow at Woodlawn Memorial Gardens.  Visitation will  be held from 12:00 noon until service time at the funeral home.

Expression of sympathy may be made to the American Parkinson Disease Association, P. O. Box 61420, Staten Island, NY, 10306.