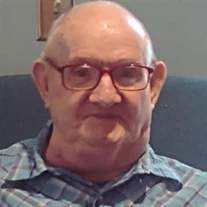 He was born September 11, 1935 in Dublin, Ky to Coy Allen and Calie Ann Cole Willis.

Robert partnered with his nephew, Bob, and owned a tree service, B & B Tree Service in Madison Heights, Mi from 1974 – 1997 before moving back to Mayfield.

He was a kind hearted, gentle soul, that would help anyone in need. He would give the shirt off his back, the last dollar he had. He was known by many as Candy Man, always handing candy out to sweeten others. He was a jokester always making others around him laugh. He also loved playing checkers and cards with his family and his friends at the Senior Citizens Building in Mayfield.

Besides his parents, he was preceded in death his son- Mark; sister- Sue Colley.