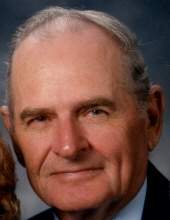 Robert was born on June 29, 1922 in Bartow Co., Georgia to the late Felton W. Shelley and Lula Belle Reynolds Shelley. He retired from the Shawnee Steam Plant and served in the U.S. Army. His home church was Evangel World Prayer Center in Louisville. He was a former member of Bethel Tabernacle and Victory Assembly where he served as a deacon.

He was preceded in death by his wife of 63 years, Katherine Shelley; his parents; and four brothers.

In compliance with health and public safety directives, the funeral arrangements for Mr. Shelley will be private.

During this difficult time of private services, you may show your support by joining the “Hugs from Home” program where your message will be attached to a balloon in the chapel to remind the family of your love and support. Go to www.milnerandorr.com.

Milner & Orr Funeral Home of Paducah is in charge of arrangements.