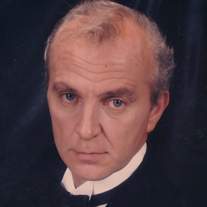 He was a Mechanic, and a Truck Driver.