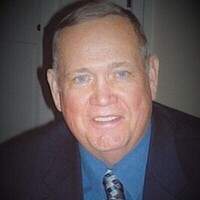 Pat Hicks was called home to be with Jesus on Sunday, July 3, 2022. Pat was a wonderful Husband, Father, Granddad, and Friend.

Besides caring for his family, Pat served in many ways at Melbourne Heights Baptist Church, where he was bestowed the status of Deacon Emeritus.

Pat was a blessing to all around him, and was blessed in many ways. He was a grocer at heart. He began his career in Memphis, TN working for Kroger in 1958. He came back to Mayfield where he asked his high school sweetheart, Phyllis to marry him. They were married for 55 years until her passing in 2015. During his career he was proud of the fact that he built and operated two grocery stores: one in Mayfield, KY and one in Camden, TN. After leaving Mayfield he worked for Reeves Foods in Bowling Green for a short time, and then became Executive Director of the Kentucky Grocers Association. He always had a welcoming smile and encouraging word to share. He cared so much for the grocery industry and always wanted to help his members, who he considered his family. Both Pat and Phyllis were inducted in the KGA/KACS Hall of Fame in 2010.

Visitation will be at Highlands Funeral Home, 3331 Taylorsville Road, on Friday, July 8 from 2:00 PM to 8:00 PM. Graveside service will be at Mayfield Memorial Gardens on Sunday, July 10 at 2:00 PM. Friends are asked to meet at the cemetery. Byrn Funeral Home in Mayfield is in charge of local arrangements.