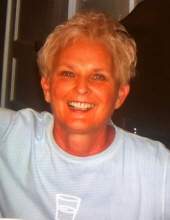 Mary Ann O’Leary age 70, of Aurora, CO and formerly of Paducah, Kentucky and Grand Rivers, Kentucky passed away November 20, 2019 at the Littleton Adventist Hospital. Mary Ann was a member of Grand Rivers Baptist Church and attended the Cross Roads Community Church in Parker, Co. Growing up in Paducah, Mary Ann attended the Lone Oak First Baptist Church and was a 1967 graduate of Lone Oak High School. She was a member of Community Bible Study Group.

Expression of sympathy may be made to National Pancreatic Cancer Research, P.O. Box 1848, Longmont, CO 80502.