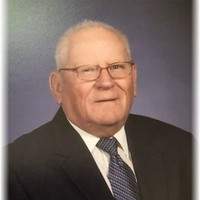 He was a member of Seven Oaks Church of Christ, member of IBEW Local #816, an Air Force Veteran, and retired from Continental General Tire and Rubber Co.

He was preceded in death by his wife, Barbara Cooper Jones; two sisters, Mary Jones and Linda Hoskins; parents were Lloyd and Vertie Small Jones.