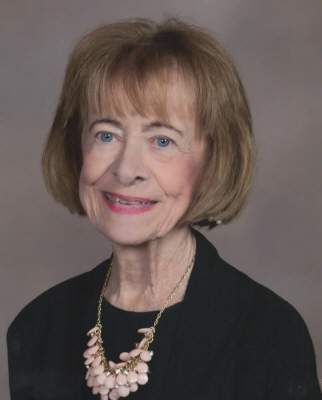 Mrs. Karen Kennedy Marvin, 91, of Paducah, passed away on Saturday, June 11, 2022 at Providence Point in Paducah.

Mrs. Marvin graduated from Augusta Tilghman High School where she was a cheerleader and member of the A Capella Choir, National Honor Society, the Bell Staff and Sambiki Saru Sorority.  She was honored to receive the D.A.R. award upon graduation.  She attended Christian College in Columbia, Missouri and transferred to the University of Kentucky where she graduated in 1952.  While there. She was a member of Kappa Delta Sorority and upon graduating, she was on the staff of the UK Child Development Laboratory.

After returning to Paducah and marrying her childhood sweetheart, James W. Marvin, Mrs. Marvin taught Home Economics at Franklin Junior High School and was a member of the Charity League and Westminster Presbyterian Church while Mr. Marvin worked as managing director for the family-owned Kennedy Leaf Tobacco Co. until they moved to Mayfield where he operated the business until his retirement in 1989.

While in Mayfield, Mrs. Marvin was a member of Laurel Oak Garden Club, Junior Welfare League, Church Women United and First Presbyterian Church where she taught Sunday School for many years.

She and her husband moved back to Paducah where they became members of the First Presbyterian Church.

Mrs. Marvin would tell you that next to her Lord who provided several miracles in her family, she considered her friends and family His best gifts to her.

A private, family memorial service will be held and she will be laid to rest next to her husband at Woodlawn Memorial Gardens.

Milner & Orr Funeral Home and Cremation Services are in charge of arrangements.