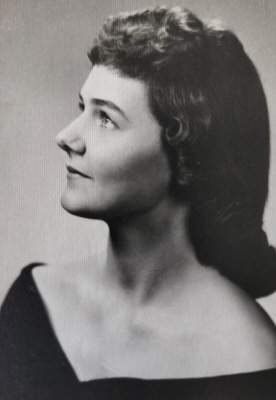 Judy Ann Young Niestrath, 82, passed away peacefully at Oak Ridge Senior Living in Madisonville, KY on August 9, 2022. She was born in Paducah, KY on November 27, 1939. She was preceded in death by her loving husband, Don Niestrath, her parents, Stilley Ray Young and Merle Hooper Young, and two brothers, Jimmy Ray Young and Harold Wilson Young.

Judy was a 1958 graduate of North Marshall High School. She married Donald Niestrath of Paducah on October 28, 1961. She was a bookkeeper for several businesses in Paducah during her early working career but was best known as “Miss Judy” during her later years as a caregiver for children, and then while at KidsKare.

Judy loved her family and friends, and her grandchildren adored her. She was generous with her time and advice. She was a member of the Reidland Church of Christ. She was a great cook and was very involved in preparing meals for church and community events.

She was diagnosed with Parkinson’s Disease fifteen years ago but remained faithful in taking care of her late husband as long as she was physically able. She did not let her decline deter her determination and spirit. She enjoyed plants and a clean house.

The family would like to thank the staff and her sitters from Oak Ridge for their great care of Judy and Don over the past years.

Judy was a strong presence in the life of her children and grandchildren and served as an excellent example of what it means to be a Christian wife and mother. There is no higher honor. She will be missed until we meet again.

There will be a visitation and service to celebrate her life at Milner & Orr Funeral Home of Paducah. Visitation will be held on Thursday, August 11, 2022 from 5:00 pm until 7:00 p.m.

Funeral services will be held on Friday, August 12, 2022 at 2:00 p.m. at Milner & Orr Funeral Home of Paducah.  Family friends Randy Bridges and Glen Anderson will share their perspectives on her life. Interment will follow at Woodlawn Memorial Gardens.