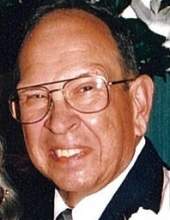 A native of Akron, Ohio; Joe moved to Paducah as a child and was a graduate of Lone Oak High School. He obtained a Broadcast Engineering degree from The Keegan School of Broadcasting in Memphis, Tennessee. Joe held the position as a Broadcast Engineer for many affiliates including WPSD in Paducah. Joe later became a Telemetry Specialist with RCA where he supported NASA in the Gemini and Apollo Space Programs. He was an avid golfer, Duke of Paducah and enjoyed volunteer work with the Senior Citizens Center and Baptist Health Auxiliary. Joe was a member of Concord United Methodist Church.

Joe was preceded in death by his parents Carl and Addie Lawrence.

Expressions of sympathy may take the form of contributions to: The Lions Club/WPSD Telethon of Stars, c/o Independence Bank, PO Box 966, Paducah, KY 42002.

You may leave a message of condolence and light a candle of remembrance at milnerandorr.com.