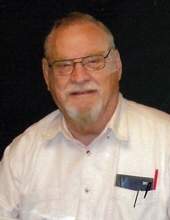 Jesse was born in Paducah on December 25, 1933 to the late George and Sara DuPree. He was a member of Reidland Baptist Church where he served as a Deacon. Jesse served honorably in the United States Army and was a dedicated supporter of the Local VFW Post 1191 and American Legion Post 31. He graduated from Augusta Tilghman High School in 1952 and went on to receive his Bachelor’s degree from Murray State University. Jesse helped establish the Teamsters Local Union #236 and served as its President for 28 years. Jesse was a 50 year Mason and was a member of the Masonic Lodge #127 where he reached the level of 32 degree Mason. In his free time, Jesse loved to cook, most notably Bar-B-Que. He was also a certified NRA instructor for home defense and was an avid fisherman and hunter in his younger years.

Jesse is survived by his wife of 15 years, Jan Hays DuPree, of Paducah; one daughter, Jennifer Flournoy and husband, Willie of Reidland; one son, David DuPree and wife, Kathy of Clarksburg, West Virginia; two step-daughters, Charla Hoover and husband, Fred of Paducah and Sharon Cobb of Buffalo, Missouri; one sister, Mary Hollowell of West Paducah; one grandson, Hank Flournoy of Elizabethtown; three step-grandchildren, Matt Gandee and Kristie Currey, both of Clarksburg, West Virginia and Justin Feezor of Paducah and several nieces and nephews.

In compliance with health and public safety directives, the funeral arrangements for Jesse DuPree will be private. Arrangements made by Milner & Orr Funeral Home of Paducah

During this difficult time of private services, you may show your support by joining the "Hugs from Home" program where your message will be attached to a balloon in the chapel to remind the family of your love and support. www.milnerandorr.com.