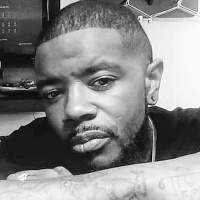 He was preceded in death by his maternal and paternal grandparents.

You may light a candle or leave online condolences at pettusrowlandfh.com.