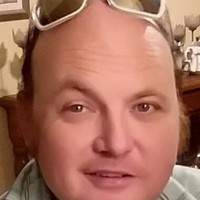 Expressions of sympathy may be made by donations to help with funeral expenses at York Funeral Home, 713 South 4th Street, Murray, KY  42071.