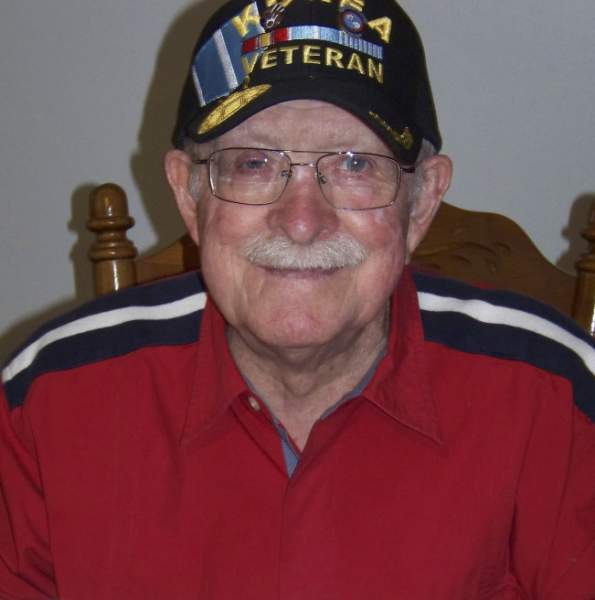 Jack Blackburn of Equality, IL, passed away peacefully on Wednesday, October 16, 2019 at his home surrounded by family.  Along with his fraternal twin brother Gene, he was born May 23, 1931.  He was born at home in Clay, Kentucky, to Hughey “Carvil” Blackburn and Lodelia (Watson) Blackburn.  He always said how fortunate that he was to have had two mothers, his birth mother, and his adopted mother.  He was raised by his adopted parents Luther and Vida Curlee.  After graduating from high school at Clay, Kentucky, he proudly served his country in the United States Air Force as a B-26 Gunner during the Korean War.  He was the first generation of his family to be able to have the opportunity to attend college.  He was extremely patriotic and was always was grateful for the GI Bill and the opportunities it gave him.  He attended and graduated from Murray State University, where he met his wife, Mignon Fleming.  They met in a class they had together at Murray State University.  They married on Flag Day- June 14, 1958, in Shawneetown, IL.  He was a life-long educator serving several schools in various capacities, including Teacher, Principal and most recently, as Guidance Counselor in Harrisburg, Illinois, where he took great pride in helping students.

Jack was a Baptist by faith.  He loved God, was a true patriot, proud of his military service, and a great lover of his country.  He was extremely patriotic and so pleased to be able to say that he was a West Point Grandpa and was so proud of his grandson Dillon. He was fiercely independent, witty, and kind.  He loved helping others.  He loved listening to gospel and classic country music.  Jack was always friendly; he loved to meet and talk with former students and co-workers.  He took great satisfaction in following family, friends, & former students on social media.  He loved how technology kept him connected.

We have so many good memories and funny stories to remember, he was truly unique and one of a kind.  He taught us that appreciating what you have and simple acts of giving of yourself and kindness to others are more important than anything money can buy.  He had a strong will to live and enjoyed life to the fullest through blood cancer and heart problems.  We will continually love and miss him!

He was preceded in death by his twin brother Gene who tragically drowned when they were only eight years old and his sister Daisy Gross along with both sets of his parents- his adopted and birth parents.