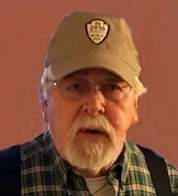 Born Wednesday, January 29, 1941 in Anderson Co., KY, he was the son of the late Hansford Irvin Bailey and the late Ruby (Huffman) Bailey. He was a member of Glensboro Christian Church, where he was baptised in the Salt River in Anderson, Co., KY. He was an inactive member of the Calvert City Masonic Lodge #543. He was the owner of Bailey's Gulf and Wrecker Service of Calvert City, Calvert City, KY.

Funeral services will be held Thursday, October 3, 2019 at 1:00 p.m. in the chapel of the Collier Funeral Home, Benton, KY. Bro. Charles Frazier, David Elliott and Bro. Harold Rittenberry will officiate. Interment will follow the service in the Woodlawn Memorial Gardens, Paducah, KY.