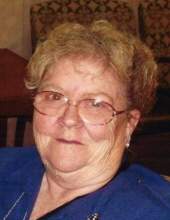 Jane Sanderson, 81, of Paducah passed away at 2:10 p.m. Friday, November 2, 2018 at Oakview Nursing & Rehab. Jane was a member of Lone Oak First Baptist Church, where she helped in the nursery for many years. She loved animals, both dogs and cats and enjoyed feeding the birds. Jane and her late husband James, owned the ponies at Noble Park that was was part of the rides at the park for many years. She owned a vegetable stand on highway 45 and sold a lot of tomatoes through the years.

Expression of sympathy may be made to Project Hope Animal Shelter, P.O. Box 125, Metropolis, IL 62960.

You may light a candle or leave a message of sympathy at www.milnerandorr.com.