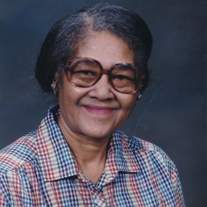 She was a Homemaker.

She was preceded in death by her two sisters- Sadie Triplett and Myrtle Mack; her parents- Archie & Emma Louise Crumble Scott.