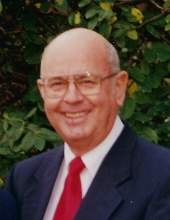 Charles Stephen Duncan, age 87 of Paducah passed away at 5:14 p.m. Friday, October 18, 2019 at the Ray & Kay Eckstein Hospice Care Center. Charles was a long time faithful member of Gospel Assembly Church where he served as trustee for many years. Charles was a graduate of Heath High School and served in the United States Army. Charles was retired from Boyles Brokerage where he served many years as a salesman and co-owner.

Charles was a gentle, fatherly “spirited” man serving his fellow man in many different ways, many times in unnoticed ways and means. It could be said of Charles that he was “A Servant of all Servants.”

Family would like to express “Thanks” to his caregivers, Morningside Assisted Living, Stone Creek Health & Rehab and Lourdes Hospice.