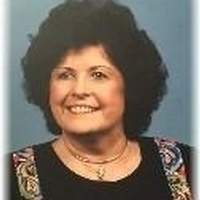 She was preceded in death by; her husband, Dr Don Dismukes; one brother Dr. Jim Cobb; and her parents Cecil Herndon and Marian Ethel Cobb.

Graveside services are scheduled for 2:00PM Saturday September 30, 2017 at the Mayfield Memory Gardens in Mayfield KY. No visitation is scheduled. Friends are asked to meet at the cemetery.