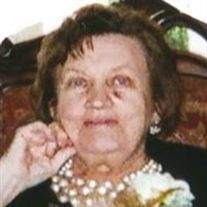 Mrs. Barbara Jane (Fall) Anderson, age 75, of Mayfield, KY died at 4:45 AM Saturday, January 3, 2015 at the Green Acres Health Care Facility in Mayfield. Barbara was a member of the Pleasant Valley Baptist Church in Hickman Co., she was a member of the Mayfield Star & Alford Chapter of Eastern Star, was a 1958 graduate of Boone County High School in Lebanon, IN and was a homemaker.

Barbara was preceded in death by her parents - Ollie & Martha (Riley) Fall; a brother - David Fall and a grandson - Kaleb Thompson.