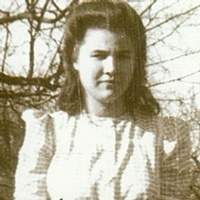 She attended First Assembly of God Church in Mayfield, KY and was a homemaker.