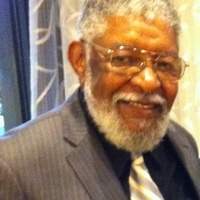 He was a member of Greater Lincoln Heights Missionary Baptist Church.

Ray was co-owner and operator of Ray and Lorine’s Liquor Store. He was formerly employed by Owens Cleaners, Paducah Packing House and the Shawnee Steam Plant. He was a former member of Stone Square Lodge #5, Balkis Temple #157, a Duke of Paducah and Kentucky Colonel.

He was preceded in death by his parents Joseph Daniel Young and Mary Erma Henderson Young, one brother and a sister.