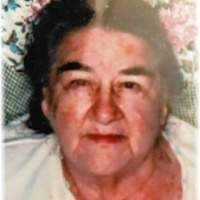 She was a member of the St. Joseph Catholic Church and a homemaker.

A funeral mass is scheduled for 11:00AM Friday June 7, 2019 at the St. Joseph Catholic Church in Mayfield. Father Eric Riley will officiate. Interment will follow in the Mayfield Memory Gardens. Cody Harrison, Justin Harrison, Howard Stanley, Spencer Stanley, Daniel Stanley, Will Harrison, Harry Bob Harrison, and Dylan Harrison will serve as pallbearers. Visitation will be held from 5-8PM Thursday June 6, 2019 at the Byrn Funeral Home in Mayfield, KY.