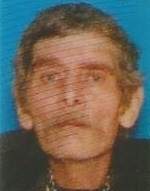 Anthony V. Smith, age 67 of Paducah died Saturday, May 16, 2020 at Lourdes Mercy Health in Paducah.  He was born the son of the late Doris R. Smith and the late Floy Crump Smith.  He was a janitor as the Century Building, enjoyed fishing, and was of the baptist faith.

Graveside services will be 11:00 a.m. Wednesday, May 20, 2020 at Woodlawn Memorial  Gardens with Pastor Jimmy Franks officiating.  Keeling &  Goodman Funeral Home is in charge of arrangements.

He is survived by his son: Anthony R. Smith of Paducah of Paducah; his daughters:  Cynthia Slaggal of Lexington, and Mary Ann Smith of Mayfield; his brothers: William Smith (Phyllis) of Georgetown, Kentucky, Jerry  Smith (Ann) of Goldsboro, North Carolina, Victor Smith (Lori) of Paducah, and Dale Smith (Sandy) of Paducah; his sisters: Lavona Futrell (Lanis) of Murray, and Betty Childers of Ledbetter; several grandchildren, and several great grandchildren.

In addition to his parents, he was preceded in death by his son: Clint V. Smith.